Vision and Mission of CLRC

Mature spiritual leadership is the most important key to a healthy church that fulfills God’s great commission and purpose. This has become ever more critical as Chinese churches worldwide enter the 21st century, facing unprecedented challenges as well as opportunities. With an emphasis on Chinese churches, Christian Leadership Renewal Center (CLRC) is dedicated to help developing and strengthening Christian leaders to realize their full potential as servants of God. CLRC will focus on the critical need for strong spiritual leadership by providing a holistic, threefold ministry program of 1) leadership training, 2) co-worker fellowship retreats, and 3) personal retreat and renewal.

If you are interested in receiving the CLRC prayer newsletters or become a prayer partner or supporter of CLRC, please contact Albert Yeh.

A Brief History of the CLRC Vision

“Christian Leadership Renewal Center” (CLRC) is a non-profit organization registered in Raleigh, NC, with facility on Lake Gaston in Bracey, VA. It is founded by Elder Albert Yeh who is supported by a Board of Directors and a team of volunteers.

In 1992, because of the opportunity of early retirement from IBM, I began some serious thinking and asking God what I should do with the rest of my life. During a period of six months, I asked God for guidance and confirmations. I reflected on what God had been doing in my life — my upbringing, my spiritual journey, gifts, and various kinds of training. As I looked back in my life, several events stood out: 1) the diverse and often adverse experiences of my life in different circumstances; 2) my roots in the Chinese culture and experience in communist China; 3) my long association with Chinese churches beginning in China and continued in Hong Kong, Japan and the US, serving in different roles and working closely with many God’s servants. Through these experiences, I developed sensitivities to different cultures and the needs, issues and problems of the Chinese churches; discovered my gifts in teaching and planning, and shared a growing burden for the evangelization of the Chinese people. As I looked forward, I saw the tremendous need as well as potential of the Chinese churches worldwide.

One of the verses that God gave me at that time to guide me in making the “early retirement” decision was Jeremiah 18:2-4. God was saying to me that He wanted to “re-shape” and use this vessel of His as it seemed best to Him. At that time, I still didn’t know what God had in store for me to do specifically. But providentially, God closed some “natural doors” and in 1994, He opened the “unexpected” door for me, which I had not planned. That led me to be enrolled in the Moody graduate program in ministry.

The initial idea about the Christian Leadership Renewal Center (CLRC) came about during the first course I took at Moody, that is, the “Church Renewal Principles.” The basic question I asked was if God’s vision for the church is so glorious, why are so many local churches, in particular, Chinese churches in North America, not living up to their potentials” Of course, there was no one, simple answer. But my interest in this subject became stronger as I continued taking various courses such as “Training of Leaders,” “Excellence in Leadership,” and “Biblical Theology of Ministry” over the next several years. I also gained valuable insights from sharing these thoughts with close friends, ministers and Moody professors. Meanwhile, God has continued to shape and teach me in the various areas of my Christian life and ministry. There were several “disruptive” events during this period, but each one made me better equipped and contributed to the maturing of the CLRC vision.

The other major factor in the formulation of the CLRC vision is a growing personal burden for leadership training as a result of over thirty years of serving in the Chinese churches. In particular, I have personally experienced and observed, due to leadership problems, the damage inflicted upon local churches, their leaders and congregations. I understand better that the key to a healthy and growing church lies in the maturity of spiritual leaders in the church.

The current CLRC vision/mission, including its principles, rationale, and ministry programs, is the culmination of all that is described above. It is also the result of research done from many books, articles and other materials. Eventually this became the topic of my research project at the Moody Graduate School [Available here]. As the idea became more mature, my wife and I started praying and searching for a potential site for such a ministry in 1995. Not until 1997, by providential guidance, a suitable site became available and God also provided the necessary resource for the purchase. It is a piece of raw land located on a scenic lake not far from Raleigh and close to a major Interstate highway. We took it as another confirmation of His guidance. In 1999, the first phase of building construction began on site, which was completed in December of 2000. Various improvements on the facility continued. A dedication and thanksgiving service for the ministry was held in April of 2005. The non-profit tax-exempt status was obtained in September, 2005. The 2nd phase building program was completed in 2006 which includes a dormitory for 20+ people who come to use the facility. The 3rd phase building program was completed in 2017 which includes a new 3000 sq ft 2 story dormitory. Since 2006, leadership training seminar has been held every year. The topics of these seminars range from devotional life to principles and implementation of church leadership development, etc. In addition, CLRC has been used for group and personal retreats by various local churches and fellowships.

We recognize that many more difficult tasks still remain to be done. At the present time, our goal is to use the site to spread the vision and to create an initial prototype of the kind of ministry as described in the CLRC Vision/Mission and guiding Principles. It is our prayer that we will continue to follow the Lord’s will in whatever we do in the future with respect to the ministry. We dare not proceed without His clear guidance and confirmation every step of the way.

A Moody research project “A Ministry Proposal to Strengthen the Leadership of Chinese Churches in North America” written by Elder Albert Yeh is the theoretical base for CLRC’s vision/mission. 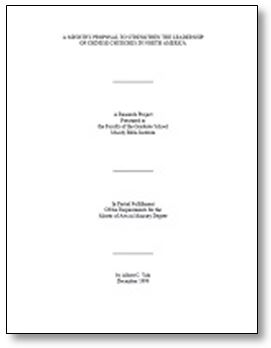